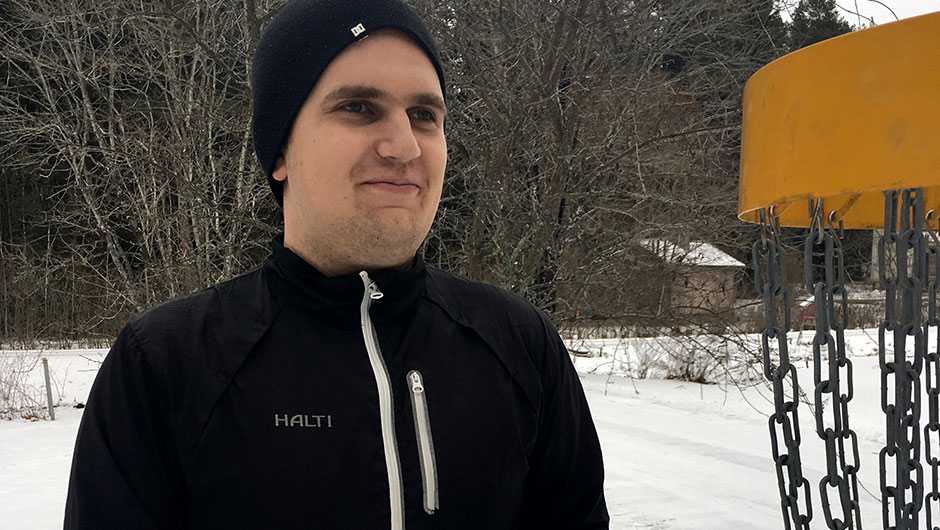 At least once a week I also do some field practice at the nearest football field, where I practice drives and approach shots. I practice putting nearly every day at home. In the winter I play a little bit less but at least three times a week if it’s not really cold and snowy. In the summer I play daily from one to three rounds per day.

Tell us about your favorite Kastaplast disc?

My favourite Kastaplast disc is Kaxe in K3 plastic. I also like K1, but K3 offers me better grip and it feels better in my hand. I like Kaxe because of its reliability, it always fades at the end. I use it for approach shots from 70m to 100m. I also like to throw my placement shots from tee with Kaxe, because it has smaller skips and it is little bit slower than the normal fairway drivers and that’s why it is more controllable.

My best disc golf memory is from summer 2016, when I was competing in Prodiscus Open Keuruu. I had never played the course before. The first round was little bit windy and really rainy. I played +1 and was tied 6th place, five throws behind the leader. The second round wasn’t rainy but a lot windier. I played my best rated round so far, bogey free -8. By then I was tied in the lead and I had to play my first ever sudden death for the win. Although I lost the sudden death, my game raised to another level after that tournament.

When I’m not playing disc golf I’m probably studying or, in the winter, playing ice hockey. My odd talent could be that I learn new things quite fast. Mathematics would be my second odd talent. I am studying mathematics at the technical university.