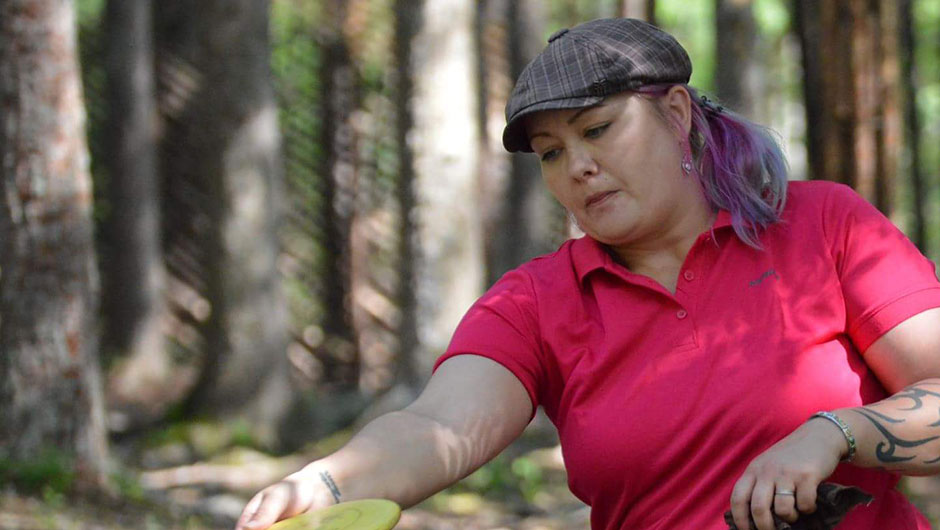 Too often I just go and play a round after work. I think that I should add little more field practice to my routine and maybe more putting practice also. In winter I won’t play so often, but when it’s competition season I try to play as often as I can. Casual rounds mostly and if I’m not working I play at our club weeklies.

I love my new lightweight Kastaplast discs. Especially my 155g Lots. It fits perfectly in my hand and I’ve gained more distance with that disc. My beaten up K3 Kaxe Z 154g has saved me from many tough places. I can throw a laser straight throw with that without effort. How many favorite discs you may have? I have few more. Ofcourse K3 Reko is one of my favorites but I have to say that K3 Berg has been one of my trusthworthy discs since I learnt how to throw it.

I think that my best disc golf memory is the whole year 2014. My second competition that I played at 2014 was WGE- Helsinki PDGA Women’s Global Event 2014. I played pretty good at my local event and I managed to get first place in FA2 at global competition. I was so proud of myself. Same year was the first ever Juniors and amateurs’ Finnish Championship competition in Finland and I managed to win women’s division. My worst placement in any competition that year was second place.

Well… I don’t know if my skills are odd, maybe more likely somehow unusual. It might surprise most people who don’t know me that I’m pretty good tig welder. And people who know me might think that I’m lying if I tell them that I know basics of old school lace making.