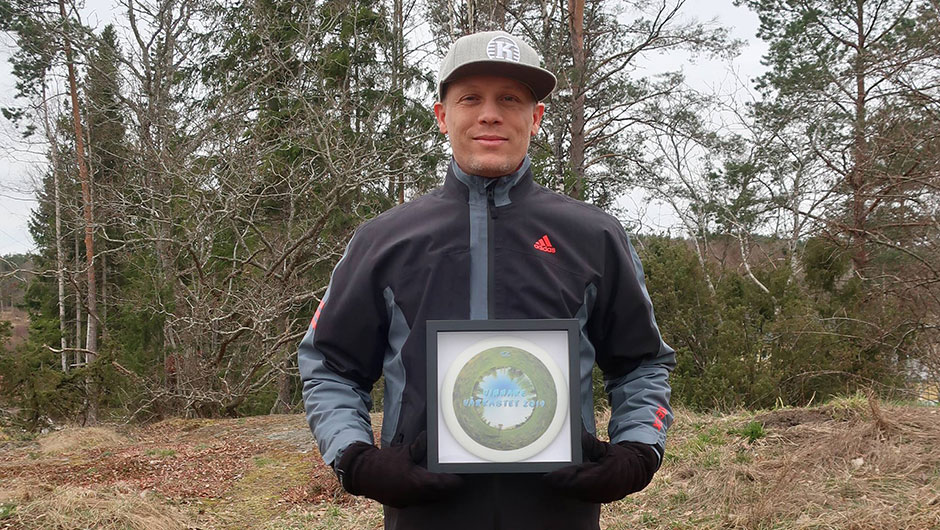 What does your everyday disc golf routine look like?
I play about three to four times a week, either at casual rounds or competitions.
I usually spend some time on the driving range and by the basket before I play, and before a tournament I also go for a short run to get my body going.

Tell us about your favorite Kastaplast disc
The disc I use the most for approach shots is K3 Berg, both for forehand and backhand. This disc allows me to put som power behind the throw and I don’t have to worry about ending up far beyond the basket. Another favorite is the Rask. Its rim fits perfect for my forehand grip, and it’s really predictable.

What is your best disc golf memory?
After winning four competitions in Mälartouren 2016 I managed to win the tour. It was a really close battle until the end but I managed to keep it together.

Name one of your odd talents, or, what you like to do when not throwing plastic
I’m a gymnast since 30 years and have competed at the highest level in team gymnastics both nationally and internationally. I have medals in gold, silver and bronze to remember it by.