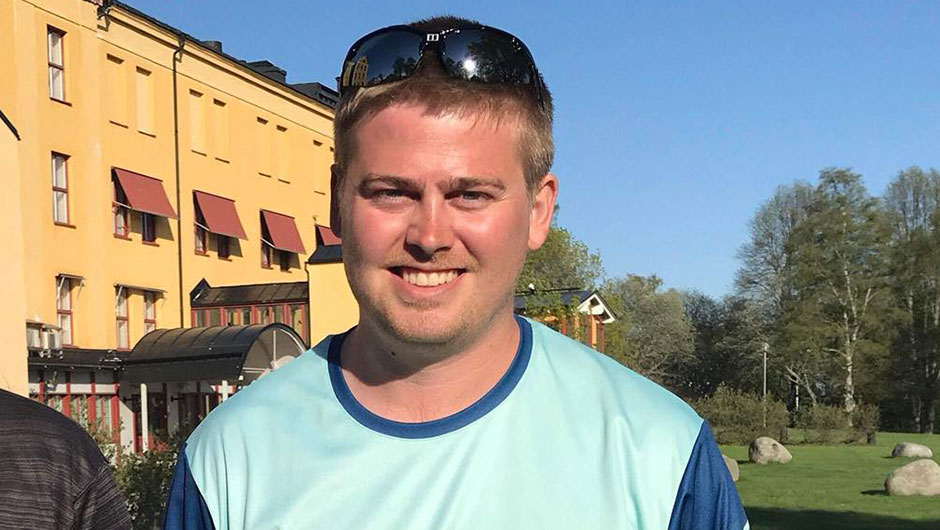 The closest thing to a daily disc golf routine is keeping a disc in my couch, as a mascot to squeeze on.

The disc is also quite practical as a tray to put your glass on.

Tell us about your favorite Kastaplast disc.

Kaxe Z is the disc I immediately got hooked on since it’s such an easy disc to control. It holds the lines you put it on, which is a good thing for me since I consider myself being good at handling various types of lines.

Winning the Swedish Team Championships in 2012 and 2013 with Härnösand was special. Especially the time I met Markus Källström in the finals 2012 against Brunna. I threw well and sank the putts, and after 13 holes of match play we were tied on -11. Unfortunately, I lost that match, but instead we managed to win the other singles match as well as the doubles.

Name one of your odd talents, or, what you like to do when not throwing plastic.

During the summers I spend most of my time playing disc golf and going to tournaments, but if I manage to squeeze in something else on a summer’s weekend you will probably find me out in the cabin or the boat. In winter I’m looking for the perfect ice to go skating.